Asphalt-based pavement sealers have long been the standard material of choice in the Western United States, where SealMaster has produced it since the 1970s. Contractors in the East and Midwest largely preferred coal tar, until the shortage forced the transition to alternatives. The good news: Environmentally friendly asphalt-based sealer has quickly become the sealcoating material of choice. Those trying it for the first time are enjoying freedom from fumes and irritation, along with high-performance results.

Contractors who seal driveways, parking lots, roads, and other asphalt pavement overwhelmingly prefer asphalt-based sealer for its user friendliness, as well. It performs better on asphalt because it’s naturally compatible and equally flexible, unlike coal tar, which is prone to check cracking. Asphalt-based sealer also contains near-zero PAHs or VOCs, dries faster and blacker, and performs equal to or better than coal tar when properly mixed and applied.

As the world’s largest supplier of pavement sealer, SealMaster has led the charge in advancing the technology and adoption of high-quality asphalt-based sealers. “We’ve manufactured more than 2 billion gallons of sealer, so It’s always been in our wheelhouse,” says Job Davis, SealMaster director of business development. “We’ve consistently promoted asphalt-based sealer and when customers try it, they’re always surprised with how much they like it.”

Asphalt-based sealers are easy to apply with the same sealcoating equipment and methods used with coal tar. The key to success is outlined in technical data sheets regarding mix design, coverage rate, application methods, number of coats, and weather requirements. Never exceed the maximum water dilution rate, and mix with full sweep agitation.

SealMaster offers a number of asphalt-based sealers. “Polymer Modified MasterSeal (PMM) is one of our best sellers,” says Davis. It’s a versatile workhorse that’s great for so many applications.” PMM contains factory-hot-blended polymer, does not require dilution, is applied with higher solids than conventional sealer, and is designed to be mixed with sand at the job site. PMM Ultra is factory blended with water, sand and polymer additive, so it is ready to apply at the job site.

SealMaster Liquid Road is a bituminous surface treatment that last three times longer than conventional sealer. It has even made the news on a number of occasions because people often mistake the treatment for a newly paved road. Several other sealers are among the SealMaster lineup, which includes those that meet ASTM D8099/D8099M and FAA P623 specifications. 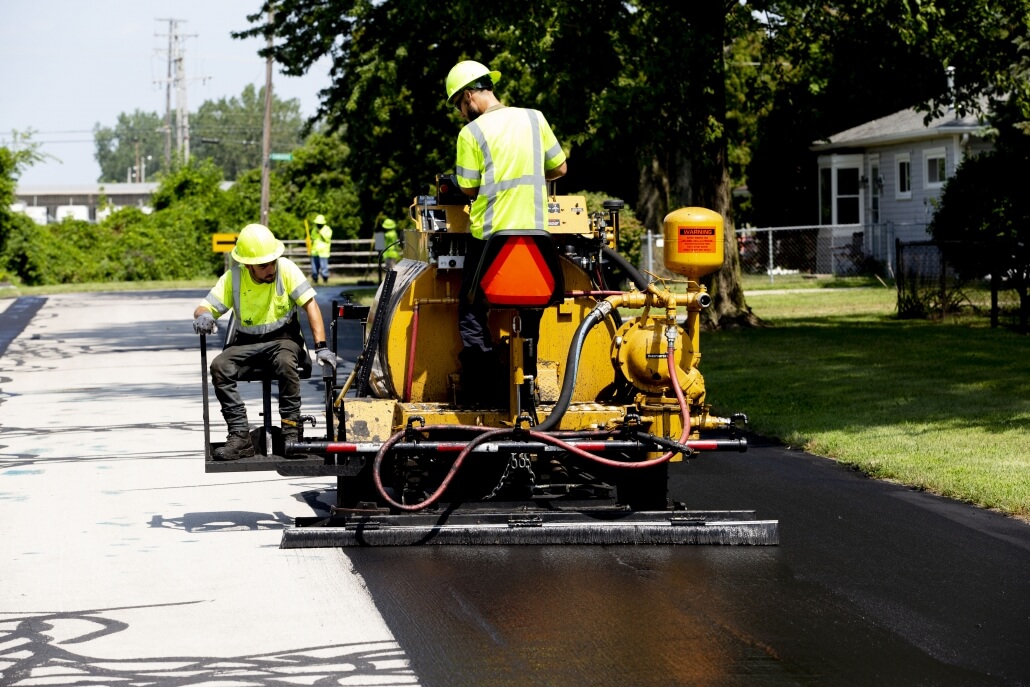 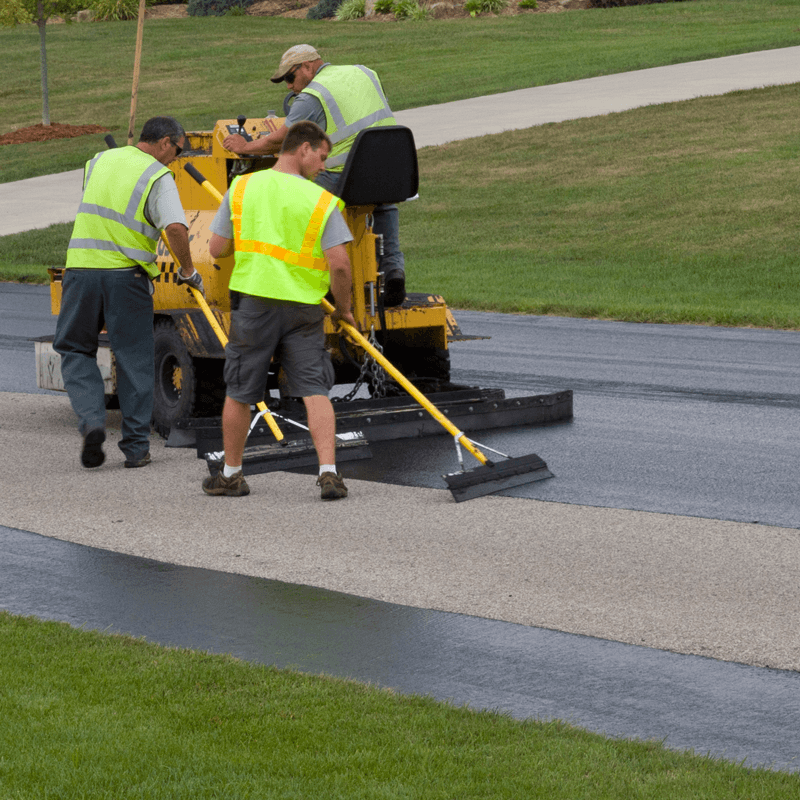 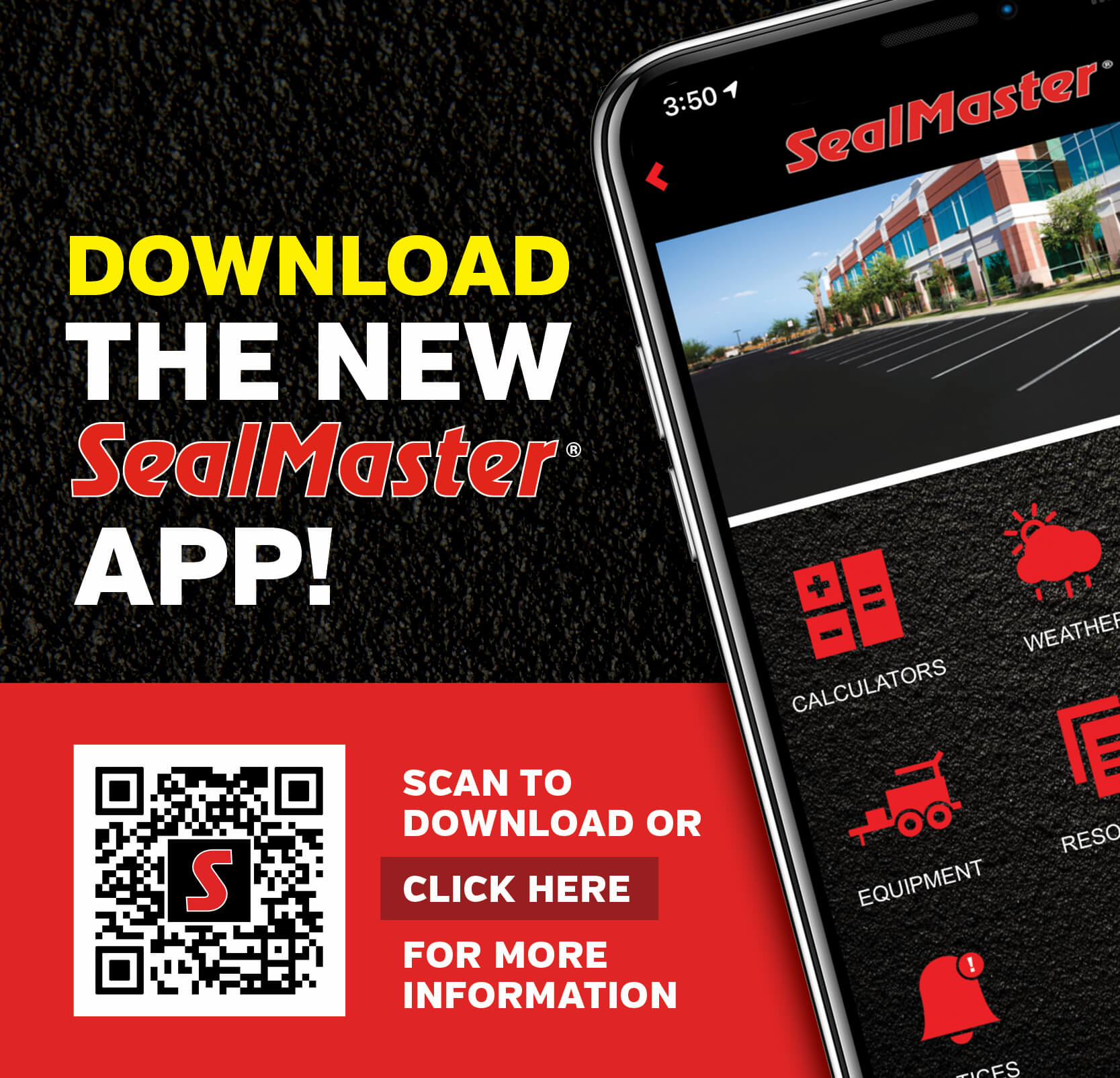 SealMaster Ultra pavement sealers are factory blended with sand, water, and additive, so they’re ready to apply as soon as you get to the job site. The use of Ultra sealers significantly reduces downtime, along with the risk of injury due to lifting heavy sand bags. Likewise, sealing productivity increases so more jobs can be booked and done faster to maximize profitability.